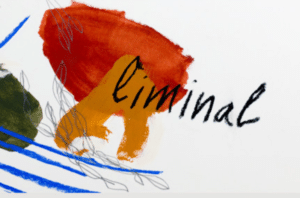 John Luxford talks about finding himself in a liminal space between knowing exactly what he wanted to do with his life and realizing he had no idea what that actually meant. How it took staying in that space for a long time in order to learn how to honestly answer the deceptively simple question “what do you want to be when you grow up?” for the first time. How that led him to discover his passion not just for making art himself, but for making creation tools to help others express themselves. Jumping from being an artist to a writer to a musician into graphic design and software development and now into virtual reality, John realized your title, your medium, and your past work can come to impose limits on your thinking and your ability to continue to grow as an artist and, more importantly, as a human.

John Luxford is a self-taught software developer, musician, and entrepreneur who is passionate about technology as a means of social change. John’s first company, Simian Systems (2001-2011), was an open source software company that worked with clients such as Princeton, NOAA, TiVo, and Disney. After a decade immersed in all things web, John got a taste of working in virtual reality as part of one of the first VR projects in Manitoba. At this, John co-founded The Campfire Union with two of his best friends to explore the possibilities of this new technology. Fast-forward a few years, they’re now called Flipside XR and spend their time making the world’s first virtual TV studio that enables anyone with a VR headset to make their own live animated shows with their friends. Their mission is to enable anyone to bring their imagination to life and share it with the world.