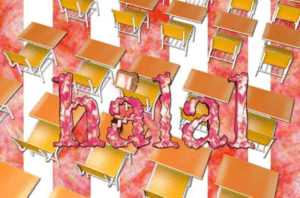 Have you ever wanted to learn how to create and animate 3D objects?

Hiba Ali is a producer of moving images, sounds, couture and words. They reside in many time zones: Chicago, Toronto and Eugene. Born in Karachi, Pakistan, they belong to East African, South Asian and Arab diasporas. They are a practitioner and (re)learner of Swahili, Urdu, Arabic and Spanish languages. They work on two long term art and publication projects: an art-based PhD project that examines womyn of colour’s labour, and architecture of surveillance as it exists within the monopoly of Amazon (corp.) and the Black Indian Ocean project which features the music, cloth and ritual of African descent communities across the Indian Ocean region through music, cloth and ritual.

They are an Assistant Professor of New Media Artist/ Feminist Discourse at the College of Design in the Art & Technology Program at the University of Oregon, Eugene, OR. Currently, they are a PhD candidate in Cultural Studies at Queens University in Kingston, Ontario. Their work has been presented in Chicago, Stockholm, Vienna, Berlin, Toronto, New York, Istanbul, São Paulo, Detroit, Windsor, Dubai, Austin, Vancouver, and Portland. They have written for the following magazines: “C”, THE SEEN, Newcity Chicago, Art Chicago, Art Dubai, The State, Medium’s ZORA, RTV, and Topical Cream.