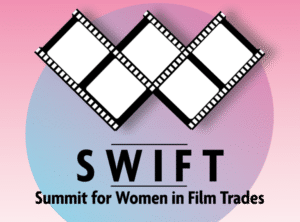 Film Training Manitoba (FTM) announced a ground-breaking initiative to increase the number of women and individuals identifying as women working in Manitoba’s film industry. The initiative will launch with Canada’s first Summit for Women in Film Trades (SWIFT), postponed to June 10, 11, and 12. This first of its kind event in Canada will be the inaugural conference held at RRC Polytechnic’s new Innovation Centre.

Film Training Manitoba’s SWIFT is part of a multifaceted training and recruitment strategy to have significantly more women entering and advancing in Manitoba’s film trades over the next five years.

According to Film Training Manitoba’s labour market information, as of October 2021, less than 30 per cent of Manitobans working in trades positions in the film industry are women and women-identifying individuals.

All instructors, speakers, and panellists of SWIFT will be women. SWIFT will promote and support gender parity and workforce development within Manitoba’s dynamic film industry.

Day one of SWIFT will be exclusively for women and individuals identifying as women who want to enter the film trades in Manitoba. Film Training Manitoba will be providing a full-day course on Set Orientation, Safety Awareness and Respect in the workplace. 40 complimentary first-come-first-served registrations are now available through Film Training Manitoba’s website at www.filmtraining.mb.ca.

Day two and three of SWIFT is for current Manitoba women and individuals identifying as women film professionals. These days are for members and permit holders of the Directors Guild of Canada’s Manitoba District Council, IATSE 856 and the ICG 669. Featured will be workforce development training and panel sessions on career advancement, leading in conflict and health and wellness. Registration will be open to the public if space is available.

Film Training Manitoba also announced up to ten fully-funded four-week internships that will be delivered over a one-year period beginning in January 2022. The women from day one of SWIFT, with other, underrepresent workers; will have the chance to apply for the paid internships.