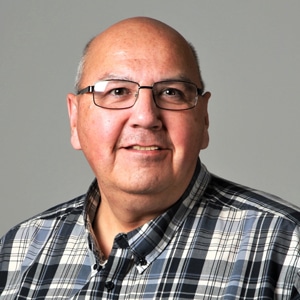 **This virtual online event is free and welcome to all. To receive a link, email Niamh at dooley@mawa.ca with “2-Spirit” in the subject line.

Albert McLeod is a Status Indian with ancestry from Nisichawayasihk Cree Nation and the Métis community of Norway House in northern Manitoba. He has over 30 years of experience as a human rights activist and is one of the directors of the Two-Spirited People of Manitoba. McLeod began his Two-Spirit advocacy in Winnipeg in 1986 and became an HIV/AIDS activist in 1987. He was the director of the Manitoba Aboriginal AIDS Task Force from 1991 to 2001. In 2018, Mcleod received an Honorary Doctorate of Laws from the University of Winnipeg and in 2019, a Champions of Mental Health Award from the Canadian Alliance on Mental Illness and Mental Health. albertmcleod.com