September 11: BOARDS & GOVERNANCE
with Jackie Hunt, Executive Director of Volunteer Manitoba
This workshop will share best practices to strengthen your board’s governance. You will learn about the responsibilities and legal duties of non-profit boards, the more common board structures and risk management best practices. We’ll also briefly cover board/staff relations.

September 25: GOVERNMENT RELATIONS & ADVOCACY
with Camilla Holland, Executive Director of the Royal Manitoba Theatre Centre
Your government relations shouldn’t begin and end with, “the Mayor didn’t come to our opening”.  We’re going to explore what advocacy is (and isn’t) and how organizations and artists can and must build relationships with public sector staff and elected officials. We’ll talk practical tips and tools, critical “do’s and don’ts”, and how you can use limited resources to help deliver the right message, to the right person, at the right time.

October 9: MARKETING & DIGITAL MEDIA
with Katie Inverarity, Director of Marketing & Communications for the Royal Manitoba Theatre Centre
Join veteran arts marketer, Katie Inverarity, as she walks you through a high level roadmap that will help you put bums in seats. Workshop will include campaign planning, patron loyalty, and social media “do’s and don’ts”.

October 23: FUNDERS & GRANT WRITING
with Kate Fennell, School Managing Director for Canada’s Royal Winnipeg Ballet
In this session, you will learn the who, what, where, when, why, and how of government investment in artists and cultural organizations. The focus of this presentation will be how to best position your organization in public funding applications and reports.

November 6: FUNDRAISING & DEVELOPMENT
with Katarina Kupca, Capital Campaign Director for Winnipeg Art Gallery
Fundraising is an art and a science. In this session, we will discuss the essential components of strong fundraising, how to tailor your organization’s approach to stand out, and where to focus for the biggest gains in meaningfully engaging with your audience and community. This hands-on workshop is for long-time fundraisers and those who are just starting out.

November 20: PROJECT MANAGEMENT
with Debra Zoerb, General Manager for Manitoba Theatre for Young People
Take your “To-Do List” to the next level.  Learn about the fundamentals of Project Management with an overview of some of the key principles, approaches and tools you can apply when organizing yourself.  You may even already be doing some of these.  Let’s talk about how you can pull it all together into a comprehensive approach to support your work. 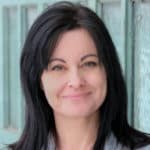 Jackie Hunt is a training consultant, community leader and Volunteer Manitoba’s Executive Director. She is also the co-founder of The Kindred Project, a non-profit organization that provides feminine hygiene products for over 300 women in need each and every month.

Prior to joining Volunteer Manitoba, Jackie was an elected official in the RM of Ritchot. She began her involvement with the RM as a counselor and then as the mayor. She believes in the power of strong communities and service to others, and she has built a strong reputation working with government, community leaders, organization and individuals who share those same values.

Jackie has over 20 years of experience in adult education, providing training for individuals and organizations on leadership, communication, emotional intelligence and goal setting. She has also delivered training on board governance and non-for-profit organizational development. She is an experienced public speaker and has delivered keynotes and plenary sessions at conferences across the province.

In her current role as Executive Director, Jackie combines her extensive experience in community engagement and her strong leadership style to position Volunteer Manitoba as the leader and catalyst for engaging all Manitobans. 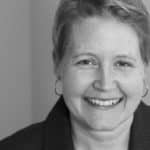 Camilla Holland is the Executive Director of the Royal Manitoba Theatre Centre, Canada’s first regional theatre. Prior to Royal MTC, Camilla was the General Manager at Toronto’s Tarragon Theatre. Camilla has worked for a wide variety of professional theatres across Toronto, including large institutions (Canadian Stage Company), theatre for young audiences (Young People’s Theatre), new play developers (Factory Theatre), and creation-based companies (Volcano Theatre). She produced the SummerWorks Theatre Festival (1997 and 1998) and numerous independent productions. She was the Theatre Officer at the Toronto Arts Council for two years and worked in education and outreach, marketing and fundraising, production and touring.

Camilla is currently on the Board of Manitobans for the Arts, Canada’s National Theatre School, St Mary’s Academy Foundation, and on the Steering Committee for the Canadian Arts Coalition and the Canadian Arts Summit. Past Board roles include the Professional Association of Canadian Theatres, where she continues as a member of the Advocacy Committee, and participated on the negotiation team for recent agreements with Associated Designers of Canada and the Playwrights Guild of Canada. 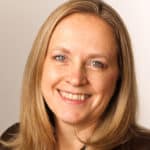 Katie Inverarity is entering her seventh season as the Director of Marketing & Communications for the Royal Manitoba Theatre Centre in Winnipeg, Manitoba. Previous positions held include: Director of Marketing & Communications for the Canadian Stage Company (Toronto); Director of Executive Recruitment  with TRG (Colorado); and has also held marketing positions with the Windsor Symphony Orchestra, Mirvish Productions (Toronto) and the Toronto Symphony Orchestra.

For the past six years, Katie has been on the planning committee for the Tessitura annual conference, with one year as Marketing Co-Chair. Katie is also a regular presenter or moderator at this international conference. Katie is currently on the Board of Directors of the Laurel Centre in Winnipeg, Manitoba. Previously Katie served on the Board of the Toronto Alliance of the Performing Arts, as well as chaired their Marketing Committee.

In June of 2018, Katie received a Certificate of Graduation (Accredited) for completing Leadership Winnipeg and in June of 2019, she completed an eight month intensive Cultural Leadership Program through Banff Centre for Arts and Creativity. 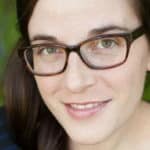 Kate Fennell graduated with distinction from Queen’s University with an Honours Bachelor of Arts degree in Drama and Film Studies in 2003. In 2006, she received a Master of Arts degree from the Univer­sity of Toronto’s Graduate Centre for the Study of Drama. She also holds a Diploma in Theological Studies from Capernwray College in the United Kingdom (2004).

Ms Fennell joined the administrative team at Canada’s Royal Winnipeg Ballet in the role of Publicity Manager in 2010. In 2011, she was promoted to the senior management team, first as the Director of Business Development and then as the School Managing Director.

Prior to moving to Winnipeg, Ms Fennell was the Associate Producer for internationally renowned Toronto-based theatre company Necessary Angel. She also worked with the Walmer Centre Theatre, the Festival of Original Theatre (University of Toronto), Stephanie Gorin Casting, the Royal Manitoba Theatre Centre, the Thousand Islands Playhouse, and Theatre Kingston.

While living in Toronto, Ms Fennell was an Advisor for the Arts Program at The George Cedric Metcalf Foundation and she sat on the DreamNorth Theatre Company Board of Directors. Since her return “home,” she has sat as a member of the Executive of the Winnipeg Branch of the Queen’s Alumni Association and as Chair of the R.H.S. Child Care Board of Directors, and has participated in leadership training at the Banff Centre for Arts & Creativity. She is presently on the advocacy committees for both the Canadian Dance Assembly and Manitobans for the Arts. 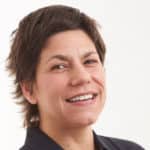 Katarina Kupca is a passionate senior fundraiser with experience in the arts as well as a variety of non-profit sectors.

Kat has worked with a number of arts groups in Manitoba, permanently transforming them by engaging the public and creating new revenue streams, resulting in more than $80 million and increased public profile for organizations.

With Artspace, she developed ArtSupport Manitoba, a four-year mentorship program that worked with 34 arts groups to increase their private-sector fundraising and build their capacity. Lessons and best practices from this program will be brought forward in the session. 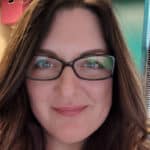 Debra Zoerb has over twenty years of arts management experience in Winnipeg’s arts and culture sector.  She is currently the General Manager for Manitoba Theatre for Young People, which perfectly aligns with her values as to the merits and importance of arts education and arts opportunities for children and youth.

She has previously served as Executive Director for both Folklorama and Dance Manitoba and held a senior leadership role at the Royal Winnipeg Ballet.  Along her career, she has also worked for the Winnipeg Symphony Orchestra and the Manitoba Conservatory of Music and Arts.

Passionate about the arts community, Debra has volunteered by serving on the board of directors for the Little Opera Company and the Osborne Village Cultural Centre/Gas Station Theatre (now Gas Station Arts Centre).  She was particularly proud to have been serving as President for the Gas Station Theatre when they created and launched the CBC Winnipeg Comedy Festival. Her other volunteerism in the arts and non-profit community has included active participation in events, activities or on committees for the Royal Manitoba Theatre Centre, the Winnipeg Fringe Festival, Winnipeg Film Group (Cinametheque) the Rainbow Society and the Winnipeg Humane Society. She was a member of the Manitoba Arts Council Arts Advisory Panel for a number of years and has participated as a jury member and assessor for granting and award programs.