Creative Manitoba is thrilled to partner with the Indigenous Film Summit for the 5th consecutive year!

The Indigenous Film Summit is aimed at emerging and professional writers, directors, and producers to come together, share ideas, and provide an excellent opportunity to network with some top professionals in the industry for two full days of programming.

To register and view the exciting schedule for both Thursday and Fridays workshops follow this link.

This year, Creative Manitoba Indigenous Programs are partnering with the Indigenous Film Summit to bring you:

FREE registration for the Producers panel can be found at this link.

From the beginning of cinema, the stories of Indigenous peoples have often been told by non-Indigenous filmmakers. Join the conversation with these bold visionaries who are amplifying the voices of Indigenous creators in the drive to tell their stories on screen. Together this group of Producers have created some of the worlds most successful films, garnering acclaim and recognition on both the big and small screen. Their passion for representation, the art of the story, and up-lifting community is inspiring. 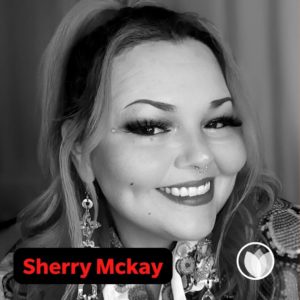 Sherry Mckay is an Indigenous content creator, comedian, and influencer. She is Anishinaabe from Treaty 1 Territory of Sagkeeng First Nation with roots in Berens River and Sandy Bay. She is a mother of 4 residing in Winnipeg Manitoba. Sherry likes to focus her content on Comedy and Awareness through her Indigenous perspective. Her Verified Tiktok account is currently at 505k followers and growing. 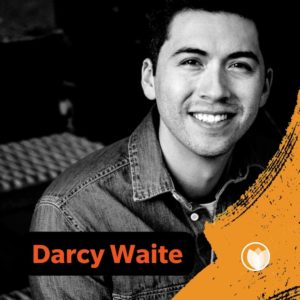 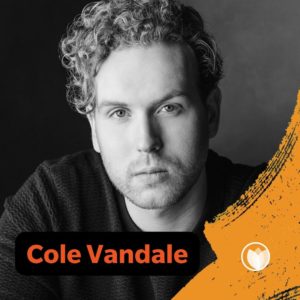 Cole Vandale is a Métis filmmaker who has studied acting and filmmaking in Calgary, New York  and Vancouver. He has worked professionally on a variety of union and non-union productions both in-front and behind the camera. His last short film Starlight was nominated for Best Live Short at the 45th American Indian Film Festival and was a finalist for the Sundance Ignite Fellowship. He recently was a participant in the 2021 Vancouver International Film Festivals Catalyst program for emerging filmmakers. Currently he is producing Rylan Friday’s film Terror/Forming and working with Mosaic Entertainment on the reality television series Bears’ Lair as an associate producer, co-writer and director. His goal is to help make filmmaking more authentic, sustainable, diverse and welcoming. 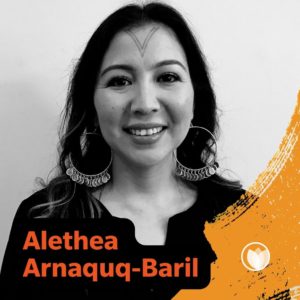 Alethea Arnaquq-Baril – Alethea is an Inuit filmmaker from the Canadian arctic where she has been producing and directing since 2005. In 2016, Alethea joined forces with fellow Inuk filmmaker Stacey Aglok MacDonald to launch their current company, Red Marrow Media.

Alethea directed and produced award-winning APTN mid-length documentary TUNNIIT: Retracing the Lines of Inuit Tattoos (ImagineNATIVE 2011 premiere), about the history and importance of traditional Inuit tattoos. Alethea also previously directed and produced the critically acclaimed ANGRY INUK, a feature doc about Inuit coming up with new and provocative ways to deal with international seal hunting controversies. Angry Inuk premiered at Hot Docs 2016, taking home the Audience Choice Award at both Hot Docs and TIFF Canada’s Top Ten, the Social Justice Award at Santa Barbara, and several other international awards. In 2016, Alethea was presented with the Meritorious Service Cross by the Governor General of Canada, having been nominated for contributions to the arts and the craft of documentary filmmaking. Also in 2016, Alethea was bestowed the “DOC Vanguard Award” by the DOC Institute, for “a keen artistic sensibility and forward-thinking approach to the craft, with the potential to lead the next generation of doc-makers.” Most recently, Alethea was a producer on the award-winning feature film THE GRIZZLIES, which premiered at TIFF in 2018.

Alethea volunteers as the chair of the board for the YWCA Agvik society, which runs a family violence shelter, a women’s homeless shelter and an affordable housing project. She also serves as the president of the board for Inuit TV, a national Inuktut language television broadcaster launching in June 2022. Alethea also has an extensive history of advocacy, policy development and community representation through two decades of volunteering on the boards of various arts and education organizations. 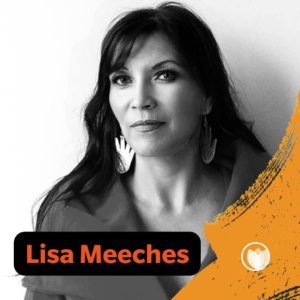 Lisa Meeches – (O.C., O.M.)
President, Founding Co-owner, Executive Producer, Member of the Order of Canada and Order of Manitoba, Lisa Meeches is one of the most dynamic and respected producers in the television and film industry and is Anishinaabe from Long Plain First Nation, Sandy Bay First Nation, and Ebb and Flow First Nation. Lisa began her career in 1986 with the Native Media Network. Her journalism career recently came full circle with a 2017 Beyond Borders Media Award for her work on Taken as co-creator, executive producer, and host. Lisa also directed episodes of the series and has been nominated for two Canadian Screen Awards for it (Best Factual Series, Best Cross-Platform Project).

Lisa has produced numerous projects to critical acclaim including as Co-Executive Producer on the CBC/eOne/CW series Burden of Truth (four seasons), The Sharing Circle, Canada’s longest running Indigenous television series; Ice Road Truckers; Tipi Tales, a Parent’s Choice award winning children’s series; and Elijah, a Gemini Award-winning MOW; and the 3-times nominated 2-time winner of CSA’s Jack. She Executive Produced the 4-time CSA nominee and 2-time winner We Were Children. Prior to this project, Lisa travelled the country with her team interviewing residential school survivors about their experiences for the Legacy of Hope project. She is currently executive producing Reclaim(ed) Snapchat’s first original Canadian series and the feature documentary Buffy Sainte-Marie: Carry it on.

Lisa was also the Director, Events Planning and Artistic Programming for the Truth and Reconciliation Commission and served as Creative Director/Executive Producer for the National MMIWG Inquiry. Her work was honoured with two gold medals at the international Shorty Awards for excellence in social media. Lisa is Executive Producer of Orange Daisy Project, a social action campaign in support of mental health for teen girls.

Lisa has been critical to the success of the Manito Ahbee Festival since its inception more than 15 years ago where she has acted in the capacity of board chair on a volunteer basis until assuming the role of Executive Director. True to her heritage, Lisa is a renowned champion fancy shawl dancer. Among her numerous awards and nominations are the 2007 National Aboriginal Achievement (Indspire) Award for Media & Communication, the 2009 YMCA YWCA Woman of Distinction Award in the area of Creative Communications, the University of Manitoba’s Excellence in Aboriginal Business Leadership Award, the Women in Film and Television 2009 Crystal Award for Mentorship, and Ms. Chatelaine. Lisa was honoured as a 2020 Trailblazer at the Reelworld Film Festival. She is also proudly a member of the Board of Directors of the Banff World Media Festival.

(if you are unable to purchase a ticket or a low income artist please reach out to Sarah at ssyellowquill.ifs@gmail.com)