From Script to Stage: Theatre Behind the Scenes Panel Discussion

From Script to Stage: Theatre Behind the Scenes

Creating theatre takes a village and a ton goes on behind the scenes you may not know about! Learn about the paths to working in theatre design, stage management, directing and writing from a panel of expert theatre makers in Winnipeg. 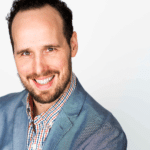 Simon Miron is a two spirited, francophone Métis, multi-disciplinary artist, from Treaty One Territory. He has participated in over 100 professional productions in Canada and across the U.K. He holds a master’s degree from the Royal Conservatoire of Scotland and has also studied in Edmonton, Toronto and Stratford. He is a founder of the Village Conservatory for Music Theatre (ViC), a local performing arts education program. www.villageconservatory.com 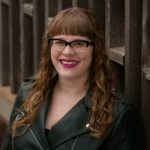 Ksenia Broda-Milian is a set, costume, and lighting designer, educator, Rick Hansen Foundation Accessibility Certification Professional, and member of the Associated Designers of Canada/IATSE 659. Her favourite designs incorporate transformation and interact with space, staging, and movement in a process that recognizes the humanity of all involved.

Ksenia has studied with the Pratt Institute, University of Alberta (MFA), the Banff Centre for Arts and Creativity, and the University of Winnipeg (BSc, BAH). A typical pre-pandemic season found her anywhere from southern Ontario to Vancouver Island, but currently she lives and works on Treaty One Territory in Winnipeg, where she is the Education and Enrichment Manager at the Royal Manitoba Theatre Centre. 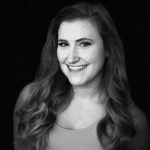 Julia Cirillo is a Winnipeg based artist, who has a diverse skillset both on and off the stage. Graduating from the University of Winnipeg, with a BA in Theatre and film. Julia’s recent return to Theatre in person after the pandemic, was in MTYP’s own Mid Winter Mosey. Since then Julia has been using her passion for creating theatrical magic, working as the Props Assistant on Shrek Jr, The Secret Garden and Frozen River at MTYP. She continues to create theatrical magic and has created props for Red Rover Entertainment, in their production of Flying Lovers of Vitebsk.

Julia has been the Assistant Director and Props Designer of Junior Musical Theatre Company since 2017 and just finished working on  Mary Poppins Jr.

On top of creating theatrical Props she works in Stage Management. She has worked as the Apprentice Stage Manager on the STILL/FALLING tour with MTYP and has since went on to Stage Manage many local productions with companies like 7Ages, Red Lips Productions and Joie De Survive. Julia loves all things theatrical and continues to bring her love of theatre to young performers, teaching drama at MTYP and Musical Theatre for adults with special needs through virtual classes online with the Crescent Arts Center, along with outreach classes for schools and events around Winnipeg with Prairie Theatre Exhange.

Other Workshops in this Series:

June 28: Pitch Yourself: Writing Proposals That Are Authentically You with Tanner Manson