In Partnership with the Indigenous Film Summit.

In this Masterclass, Darlene will share her experiences about working with and in the (Rez) community. Protocols. Indie budgets. Directing inspiration, craft, working with cast and crew. She will also detail the process of making Falls Around Her.

Darlene has built a wide range of work.  She is passionate and pure as an independent artist.  She remains creative control in all her films and continues to work with dedication to the protection of story, appropriation and respect to imagery, history, and tradition of First Nations people.

Her work is deeply connected to her community, First Nations realities of the 21st century and Mother Earth.  Darlene is honored to listen to stories of sadness, rejoice, hope, rejection, reflection, optimism and an understating of just who we are as Native people living on Mother Earth.

As a storyteller, Darlene is in search of imaginative images giving truth through word, film, art and song.

Darlene has created an impressive repertoire of films throughout her career. From writing and acting to producing and directing, she has an irreplaceable breadth of knowledge and experience and the industry.

” Bringing story and imagery together is magical, and film allows you to connect with people on several levels. Film can connect not only through story but with landscapes, art direction, costumes, imagery, and sound. Putting these different aspects together opens up creativity and different worlds.” 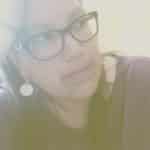 Darlene Naponse is an Anishinaabe from Atikameksheng Anishnawbek – Northern Ontario Canada.  She was born and raised in her community and now works out of her studio located in Atikameksheng Anishnawbek. She is a writer, film director, and video artist.  Her film work has been viewed nationally and internationally. Darlene is also owner of the award winning company, Pine Needle Productions, An Anishinabe Multi-Media Company. (Film, Video, Documentaries, PSA’s, Audio Recording and other Multi Media / Creative Related Projects)

Darlene has a Hon. BA 2001 from Laurentian University and recently completed a Low-Residency MFA in Creative Writing at the Institute of American Indian Arts (IAIA). The 2017 Writers’ Trust/McClelland & Stewart Journey Prize Finalist for “She Is Water” published in The Malahat Review. Her latest feature film “Falls Around Her” world premiered at TIFF – Toronto International Film Festival in September 2018 and subsequently won the Air Canada Audience Choice Award at the imagineNATIVE Film + Media Arts Festival in October. As a storyteller, Darlene is in search of imaginative images giving truth through word, film, art and song.

This workshop is presented in partnership with The Indigenous Film Summit.

Created and organized by members of the Indigenous Filmmakers Association, the second annual Indigenous Film Summit is aimed at emerging and professional Indigenous directors, writers and producers. The goal is to provide the attendees with an understanding of funding opportunities, documentary producing, feature film development, crowdfunding education, as well as provide an excellent opportunity to network with some top professionals in the industry.

To Register for an Indigenous Film Summit Pass and to view the schedule – https://www.indigenousfilmsummit.com/

Darlene will also appear on the Indigenous Film Summit Panel

What Is The Future Of Indigenous TV & Cinema?