Presented in partnership with Manitoba Arts Network as part of their annual Manitoba Showcase, these workshops are geared towards arts administrators who are planning events, making important programming decisions, and leading change within their organizations.

Please register for each individual topic/webinar through the Creative Manitoba website to receive the discounted member price ($10/workshop). Member organizations may register multiple employees/board members at the reduced rate. If you are unsure about the status of your Organizational Membership or login information, please email admin@creativemanitoba.ca

Manitoba Arts Network has graciously offered to extend their member pricing for the full Showcase ($60) to Creative Manitoba members. For a full list of workshops and presenters, or to purchase a full Showcase pass, please visit The Manitoba Showcase website.

OCTOBER 26: Inclusive Spaces with Evie Lavers
Session will include a performance from our Showcasing artists.

How do we make our in-person and online programming more accessible? What barriers could be removed & communicated so the participation of all artists & attendees can be more inclusive? In this session, Evie Lavers from Rhythm Club will share case studies and lessons learnt the hard way from her experiences coordinating 10,000+ person festivals and intimate online events. If you want to increase the diversity of your audience attendance you won’t want to miss this session! 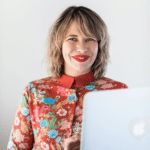 Evie Lavers is the owner of Rhythm Club, a full-service creative agency that specializes in training workshops and solutions for musicians, artists, small businesses and not-for-profit organization. Born on the traditional land of the Nyoongar First Nations People (Perth, Western Australia) her passions are educating community-driven communications, facilitating arts administration and event coordination in support of rural communities and promoting inclusivity and systemic changes in the areas of music, arts and culture in Canada and Australia. Evie is the co-producer of Tiny Lights Festival, works on Special Projects for Arts BC and Trainer for BC Touring Council. Recent achievements include the addition to her role as an Industry Expert to the Arts BC Insight Team; being selected as the only representative from BC to be accepted into the Canada Music Incubator Artist Manager Program in Toronto and sitting as Juror for Creative BC’s Advisory Panel. Her Colourful client partnerships in 2020 include training modules created and facilitated for Manitoba Arts Network, Organization of Saskatchewan Arts Councils, and Arts BC. Through her practice, both in-person and online, Evie holds space to create inclusive exchanges of opportunity and accessible educational engagements for her clients and their communities alike.

OCTOBER 28: Digital/Hybrid Performances – How do we make money? with Nadine Tremblay, Nicholas Beach and Ronnie Brown
Session will include a performance from our Showcasing artists.

Funders all want us to now do both live and digital programming, so how do we do both with the same resources, and how do we create new revenue streams from digital? Digital has been an effective way to increase social media followers, but with low-to-no associated revenue thus far to offset the new activities. Join us and learn from presenters who have experimented with monetization over the past year in the digital realm. They will share with us what has worked, what hasn’t, and their recommended strategies on how to generate revenue from digital performances.

Questions that will be covered include:

Even though the speakers are from the performing arts, much can be applied to visual arts programming as well. 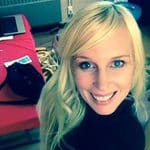 Nadine Tremblay is the Executive and Artistic Director of the Trail and District Arts Council and manager of the Charles Bailey Theatre in Trail BC. Nadine programs over 50 shows a year outdoors and in The Bailey (736 seat venue) and the Griff (100 seat venue attached) as well as rents out the spaces to the community and touring acts. She teaches Musical theatre to children through Triple Threat Productions. Nadine has a degree in opera, a certificate in musical theatre (Canadian College of performing Arts,) has written 5 Iron Mountain Theatre musicals and co-written 3 full length albums with Rupert Keiller under the pen name ‘Sexton Blake.’ With over 20-years of experience working in the non-profit sector, Nadine has worked in communications, sponsorship, and event planning at various arts organizations including the Vancouver Early Music Festival, Perth International Fringe and Awesome Arts Australia. Nadine knows how difficult it can be for artists and venues to promote themselves and be seen in this competitive industry and that 2020 has made us all learn exciting and challenging new skills! 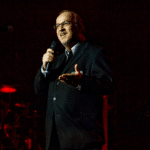 Ronnie Brown has spent the past 22 years as Coordinator of Marketing, Development and Programming at the Oakville Centre for the Performing Arts developing many “out of the box” marketing campaigns, including the current live streaming series being shared by 14 presenting partners across Southern Ontario. Prior to this Ronnie has been a member of the black light theatre company “Famous People Players” and a stand-up comedian. He has served as President of the Board of Ontario Presents from 2017-2020 and has a BA in English & Drama from The University of Toronto and a Journalism Diploma from Georgian College. 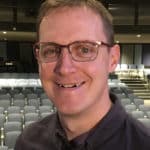 Nicholas Beach is the General Manager of the Jeanne & Peter Lougheed Performing Arts Centre on the University of Alberta, Augustana Campus in Camrose, Alberta. He has been at the Lougheed Centre since mid-way through construction of the arts centre, which opened in Oct of 2014. He has worked at several performing arts centre’s over the last 18 years including the National Arts Centre, E. A Rawlinson Centre for the Arts and Keyano College before moving to Camrose. Nick is a graduate of the Technical Production Program at the National Theatre School of Canada. Throughout his time in Camrose Nick has worked to build a strong community of presenters in Alberta and Saskatchewan to bring great artists to our region. Building this community has involved coaching new members to our booking group with, artist offers, staffing, sponsorship and budgeting.

There is no doubt that inclusion, diversity, equity, and access are critical priorities of the arts and culture sector.  Ethnic and cultural diversity continues to increase in the Canadian population where 29 to 32 percent of Canada’s population could belong to a visible minority group by 2031. This is nearly double the number reported in 2006.

These major demographic changes reinforce why offering innovative programming designed by, for, and led by diverse voices is more important now than ever. Arts and culture organizations often struggle to present relevant and appropriate diverse programming to these growing numbers of potential new audiences. We hope to inspire you with our panel who will try to shine a light and share their processes on how to facilitate the creation of innovative projects designed to reflect the diversity in our communities.

Allison Yearwood is an alumnus of the University of Winnipeg, with a political science and business administration degree, and brings a fresh focus to the business of arts administration. Allison returns to her hometown, Winnipeg, from the Banff Centre, where she was Program Manager at the Indigenous Arts Department. Previously, Allison served as Art and Business Manager at Yamaji Art, an Aboriginal art centre in Australia, and was the General Manager of Collective of Black Artists in Toronto. Allison was the Programming and Events Coordinator at the Northern Life Museum & Cultural Centre in Fort Smith, North West Territories, and was the first non-Indigenous staff member at Urban Shaman Gallery in Winnipeg. Allison advocates for racialized and disenfranchised groups to decolonize institutions of power from the ground up. She is exceptionally skilled on issues of equity and a powerful and transformative voice for anti-racism action. Allison is a proponent of equity justice in media and digital production and has acted as program manager for digital art residencies at Banff Centre. Allison’s institutional critique articulates the creation of safe spaces for underserved communities within the institution. Currently sitting on the boards of aceartinc. and Spiderweb Show. 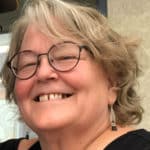 Jane Ireland is the Arts Administrator for the Killarney Turtle Mountain Arts Council (KTMAC). She is fortunate to work in the beautifully restored Heritage Home for the Arts in Killarney, which houses the Council’s gallery, workshops, and intimate concert space. The journey to becoming an Arts Administrator began with an accidental career as a political assistant. What was intended as a temporary job became a 20-year career as an administrator, constituency assistant, campaign manager and fundraiser for two Members of Parliament. During this period, she also worked for Capilano College at a drop in centre in the Downtown Eastside of Vancouver with women involved in the sex trade. Together, with the skills acquired in these positions and a passionate appreciation for the arts, Jane’s next accidental career move to becoming an Arts Administrator suddenly seemed not so accidental. Able to release her passion for visual and performing arts while using her acquired skills, she has been able to help build the arts while also educating and raising awareness about social and cultural issues in her community. 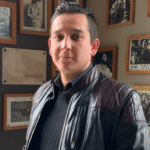 Jorge Requena Ramos is the Artistic Coordinator of the West End Cultural Centre and is a filmmaker, musician, photographer, writer and director currently living in Winnipeg. Jorge grew up in Mexico City but fell in love with Winnipeg over a decade ago. He has done extensive work as a film director and producer and has helped create numerous community film festivals. He is an experienced performer, travelling across Canada and the world as a musician with The Mariachi Ghost and with extensive relationships with musicians and the music industry at large. 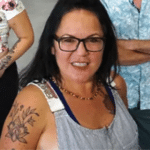 Jeannie White Bird is a member of Rolling River First Nation and is currently living in her second community of Selkirk. A member of the Mama Bear Clan, Jeannie has also spoken about her experiences before the national inquiry for missing and murdered Indigenous women and girls and has joined in public art projects such as the Mashkawigaabawid Abinoojiiyag or Stand Strong Children mural. Her most recent public mural project is to honour missing and murdered Indigenous women and girls. From above, the mural takes the shape of a turtle and from the turtle’s nose to tail, the installation of 4 murals approximately 23 metres in length. The art installation can be found within the natural prairie grass field of the Gaynor Family Regional Library in Selkirk.