Part of Creative Manitoba’s “New Normal Webinar Series”Join us for a series of free online workshops every Wednesday. Learn new tools to help you successfully navigate COVID-19 social distancing practices while pursuing your artistic career.Register online and a Zoom link will be sent to your inbox on the day of the event.

Join KC Adams and James Culleton in conversation on how to effectively teach art techniques online. We will discuss the ups and downs of sharing ideas and encouragement in a digital realm. Art making is a kinetic connected experience how do you teach technique in a hands off world. What are the pros and cons of instructing individuals vs hosting a group teach in. What type of technology do you need? What type of software? It’s bound to be an enlightening conversation on how we help each other with our art practices from a distance. 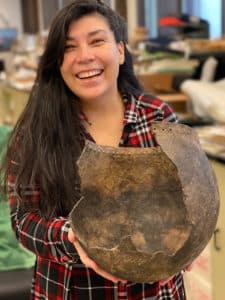 KC Adams is a Winnipeg-based artist who graduated from Concordia University with a B.F.A in studio arts.

Adams has had several solo exhibitions, group exhibitions and been in three biennales including the PHOTOQUAI: Biennale des images du monde in Paris, France. Adams participated in residencies at the Banff Centre, the Confederation Art Centre in Charlottetown, the National Museum of the American Indian and the Parramatta Arts Gallery in Australia.

Her work is in many permanent collections Nationally and Internationally. Twenty pieces from the Cyborg Hybrid series are in the permanent collection of the National Art Gallery in Ottawa and four trees from Birch Bark Ltd, are in the collection of the Canadian Consulate of Australia, NSW. She was the scenic designer for the Royal Winnipeg Ballet’s Going Home Star: Truth and Reconciliation. She helped design a 30-foot public art sculpture called Niimamaa for the Winnipeg Forks and a piece for the United Way of Winnipeg called Community.

Adams was awarded the Winnipeg Arts Council’s Making A Mark Award and Canada’s Senate 150 medal recipient for her accomplishments with her Perception Photo Series. KC is now an author with her book Perception: A Photo Series that Quill & Quire. chose as 2019 Books of the Year. 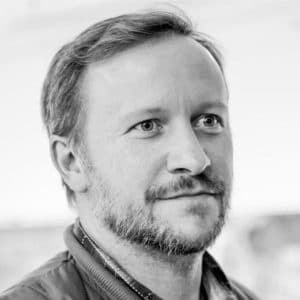 James Culleton is a Canadian contemporary multi-media artist and designer based in Winnipeg, Manitoba. He specializes in drawing, sculpture, and furniture design. He also creates mural and chalkboard art, oil and acrylic on canvas, as well as water-jet steel sculpture, multi-media installations and has recorded five albums as a roots based singer songwriter. His work has been exhibited throughout Manitoba, across Canada and into the United States.

In 2016 Culleton partnered with the North Dakota Museum of Art to publish a book called McCanna House, a collection of drawings, paintings, songs and photographs that describe a magical place called McCanna House. Like in his other books Contouring Quebec and Lyrical Lines James Culleton uses blind contour drawing to describe his experiences. The setting is a turn of the century home located deep in the red river valley where Culleton explores the local history and unearths stories about family and farming beginning in the 1890s.

In 2011 Culleton published Lyrical Lines, delivering a visual who’s who of Canada’s roots music scene in some of Winnipeg’s most venerable music venues. The book highlights drawings he did of live performances, including the study drawings used to create the sculptures installed as part of the facade of the West End Cultural Centre.

In 2005 he received a grant from the Conseil des arts et des lettres du Quebec to produce a collection of drawings where he used a GPS and blind contour drawing to rediscover his French roots while living in Quebec. From that collection of drawings he self published a bilingual book outlining the project called Contouring Quebec.

He has won awards from EQ3’s Generation Art from the Michaelle Jean Foundation, and most recently a Pinnacle award from The American Society of Furniture Designers. James currently teaches art at Forum Art Institute and the Winnipeg Art Gallery.