Join us for an online chat about the vision, dedication and importance of Indigenous run galleries. Wednesday, Oct 20th, from 12pm -1pm.

We welcome our very special guests:

During this webinar, we will discuss the importance of Indigenous-led art galleries from three valued perspectives: The view of a commercial/consignment gallery, an artist-run centre, and a government funded institution.

It will be a rousing and fascinating discussion coming from three very valued individual perspectives and the galleries they represent.

The workshop is offered Free. Please register online by 10:30 am Oct 20th, the morning of the event, and a zoom link will be sent to your email address by 11AM !

Urban Art Biz is a a series of online workshops focusing on the business side of art from an Indigenous perspective. Our goal is to provide insight into the professional world and work of Indigenous artists and Indigenous galleries. 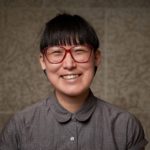 Jocelyn Piirainen is an artist, curator and filmmaker originally from Ikaluktutiak (Cambridge Bay), NU and currently based in Winnipeg, MB. She earned a Bachelor of Arts from Carleton University, majoring in Film Studies, and has also attended Algonquin College and the New York Institute of Photography. Piirainen’s educational training has focused on the arts, particularly film and new media, and her current artistic practice primarily involves analog photography. Her written pieces have also been featured in Canadian Art, Canadian Geographic and the Inuit Art Quarterly. She joined the curatorial department at the Winnipeg Art Gallery in March 2019 as the inaugural Assistant Curator of Inuit Art. She described this position by noting that “I hope to continue engaging the Indigenous community here in Winnipeg, as well as sharing the stories and visuals of these works with everyone” 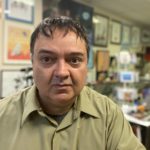 Jacques St. Goddard is founder and CEO of the Canadian Plains Gallery at the Aboriginal Centre of Winnipeg.  The Gallery promotes premiere art from Manitoba’s Aboriginal artistic community.  Canadian Plains now assists in the careers of 200 Aboriginal artists, dancers, models, writers and musicians. It offers clients portfolio development services, a gallery space to show and sell their work. Jacques has significant international experience, having participated in trade missions to Brazil, Germany and the United States to promote Aboriginal culture. Jacques is also a photographer, mentor, Concert Coordinator, presenter and Emcee. 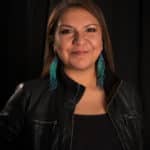 Daina Warren is from the Akamihk (Cree) Nation in Maskwacis (Bear Hills), AB. She was awarded two Canada Council’s Aboriginal Curatorial Residencies the first to work with grunt gallery, Vancouver BC (2000-2001) and a second residency at the National Gallery of Canada in Ottawa, Ontario (2010-2011). She has a BFA from the Emily Carr University of Art and Design (2003) and an MA from UBC (2012). Warren was awarded the 2015 Emily Award from Emily Carr University and was selected as one of six Indigenous women curators as part of the Canada Council for the Arts Delegation to participate in the International First Nations Curators Exchange that took place in Australia (2015), New Zealand (2016), and Canada (2017). Her most recent accomplishment was winning the Hnatyshyn Foundation Award for Curatorial Excellency in 2018. She is currently the Director of Urban Shaman Contemporary Aboriginal Art in Winnipeg, Manitoba.