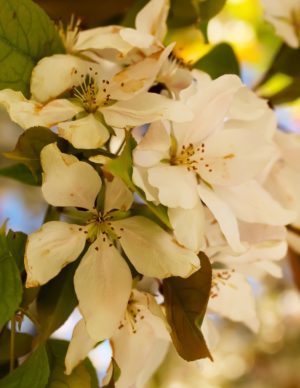 Read this listing in Ojibwe, Cree and English at urbanshaman.org
#MbIndigneousLanguages

Brennan McKay is a 2-spirit individual from the Minegoziibi Nation of Manitoba. He is a self-taught photographer and has been a Jigger and Square dancer from the age of 13 years. He has performed with multiple groups over the years.

Brennan received his first digital camera at the age of 10, but it wasn’t until 2019, after graduating from CDI College’s Social Media Marketing, that his interest in photography was reborn. Brennan loves travelling and capturing the landscape views of Turtle Island throughout the 4 seasons.

During the pandemic, Brennan was inspired to cycle around the city and found several nature spots throughout Winnipeg. It was the natural beauty of these hidden gems that had an enormous influence on him to be a photographer.

While capturing images, Brennan had the idea to combine his love of photography with the revitalization of Indigenous languages. In February of 2021, Brennan started “Word of the Day,” a nine-month Anishinabe (Ojibwe) and Nehiyawak (Cree) social media language revitalization campaign, as part of The Speech Act Project.

In each language, there is a differing philosophy between meaning, the constitution of sentences, concepts, learning, thoughts, references and intentionality. In philosophy of language and linguistics, a speech act is something expressed by an individual that not only presents information but performs an action as well.
“Out in nature, in the real world, away from people, being present in the natural world is the greatest learning space for any language. Seeing the plants and trees, hearing the wind, the sound of the wildlife in its environment relaxes the human mind and soul. It is hoped that transitioning the gallery into a nature space will enhance your ability to learn our Indigenous languages. Being in nature brings peace, being in the right environment, on the land, is the best way to learn languages.” ~Brennan Mckay