As part of our Merging Mindsets panel series, Video Pool Media Arts Centre will be hosting this dynamic discussion on Digital Sound Art.

With an ever-expanding array of accessible and user-friendly technology music, sound art and sound production have drastically changed over the last ten years. Tools and techniques for VR, theatre and performance have transformed the way sound artists think about sound creation. In this panel, local and visiting artists will discuss a variety of techniques and topics including generative practices, new forms of modulation, ambisonics, visual programming, as well as, mixing traditional practice with new forms.

Whether you’re new to audio art or a seasoned veteran looking add new experimentation to your practice, this panel will get you interested in exploring the vast landscape of Digital Sound Art.

This event will be recorded. Walk-ups are welcome! 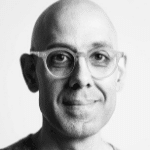 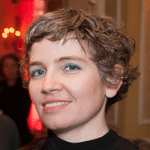 Michelle Irving is a Sound Designer, Re-recording mixer and Composer working out of Soleil Sound in Toronto. She completed a BFA at NSCADU followed by an MFA in interactive media at Simon Fraser University in 2006. She has worked on numerous media art and experimental sound projects alongside her work in audio post-production for film and television. Artists she has worked with include Heather Nicol (Imminent Departure [Nuit Blanche]). Annie Onyi Cheung (_scape with 6 and 7 [Nuit Blanche). Paulette Phillips (The Quoddy Fold), Oliver Husain (Isla Santa Maria 3D, Garden of the Legend of the Golden Snail 3D iMax), and Katerina Cizek (1000th Tower, NFB). In 2015 she presented a live multi-channel sound art performance, Roomtone, at the Media Arts of Ontario, Mapping Medias Symposium. Some recent film credits include Liz Marshall’s Meat the Future (feature documentary), Farm Crime (CBC webseries produced by Geoff Morrison), Mouthpiece (feature, directed by Patricia Rozema), and Take Me to Prom (CBC short directed by Andrew Moir). In addition to her skills in sound design, music and mixing, Michelle is also interested in with interaction design technology and spatialized audio systems. 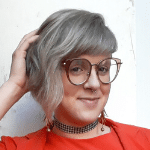 Davis Plett is an intermedia artist working on Treaty 1 territory in the spaces between performance, writing, and media. Their work has been shown by Cluster Festival, Nuit Blanche, Young Lungs Dance Exchange, Art Holm, and WNDX Festival of the Moving Image (where their performance Etudes for Keyboard received the Best New Prairie Work award). Recent residencies include Young Lungs Dance Exchange, CARTAE Open School, VideoPool Artists in New Media Residency, PlugIn ICA Summer Institute, 8Days8, and Conversations on Performances at Festival TransAmériques. As a sound artist they have collaborated with Theatre Projects Manitoba, OneTrunk Theatre, Frances Koncan, Debbie Patterson, Mia van Leeuwen, Alexandra Elliot, and 2boys.tv. Davis is also one half of We Quit Theatre, a performance collective with Gislina Patterson. We Quit Theatre’s first performance, 805-4821, received 5Ns in Now Magazine for its sold out run at SummerWorks Festival, where it was awarded the Buddies in Bad Times Vanguard Award for Risk and Innovation. Their new project is i am your spaniel, or, A Midsummer Night’s Dream by William Shakespeare by Gislina Patterson. Davis is currently developing a new improvised sound project for radios, Ableton Live, and dream journal. 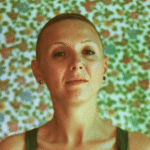 Sarah Jo Kirsch creates voice-centric electroacoustic landscapes inspired by the anthropological attachments to soundmaking and its practical evolution through the canon of western art music. Her solo practice grew from the architectural framework of baroque and classical forms, the lyricism of late romantic art song and the variegated spectrum of modernist extended techniques–which she has hung in a sonically tactile slow listening space.

An accomplished interpreter of western art music, Sarah regularly sings as a soloist and collaborator with Winnipeg’s classical ensembles, series and festivals, and has performed across Canada, in Europe and the Middle East. She has premiered more than 20 new works for voice, consistently presents sociopolitically relevant art song recital programs, and continues to find truth in Bach.

As a pundit, she also lectures and broadcasts on the ins and outs of western art music.