As part of our Merging Mindsets panel series Creative Manitoba along with partners Video Pool Media Arts Centre and New Media Manitoba will be hosting this dynamic discussion on Projection Mapping and Large Scale Projects.

Through video, animation, or graphics, Projection Mapping uses projections to transform static objects into captivating experiences. Previously challenging and time-consuming, technology advancements have made this engaging art form more accessible and dynamic allowing a boarder range of artists to experiment with the medium. Join us to be inspired by three artists and designers actively working with projection mapping and large scale projection as they discuss their projects, processes, and techniques. This panel is designed to inspire and is not a technical workshop.

This event will be recorded. Walk-ups are welcome! 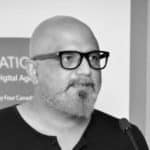 Faisal Anwar is a contemporary artist working between Canada and Pakistan.  Anwar is a graduate of the Canadian Film Centre’s Habitat-LAB, Interactive Arts Program 2004, and did his Bachelors in Graphic Design from the National College of Arts Pakistan 1996.  Anwar has keen interest in exploring socio-political spaces and patterns in ecologies that intrigues the mind through multi-layered participatory experiences.  His work is often interactive that utilizes public data to question how rights-of-access is blurring lines between private and public spaces to form a new territory.  His latest project CharBagh,2019 presented at the exhibition ‘Garden in the Machine’, at Surrey Art Gallery, Vancouver, used social media to generate a Persian-style Islamic garden known as CharBagh (four gardens). This interactive artwork grows out of Anwar’s workshops with Surrey residents who took photos responding to sustainable food production, climate change, and nature. 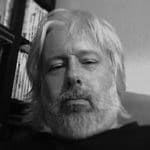 Lawrence Bird works in architecture and media art. His artistic practice focuses on the relationship of image to space, and often involves projection-mapping satellite and aerial imagery into public spaces; the intention is to return the image to spaces that matter to its harvesting. This work has been installed at RAW:Gallery (Winnipeg), The Forks National Historic Site (Winnipeg), Inter/Access Gallery (Toronto), Furtherfield Gallery (London, UK), Greenwich Royal Naval Hospital (UK), Espace Architecture La Cambre Horta (Brussels), and the International Symposium on Electronic Arts 2017 (Manizales, Colombia). Lawrence also teaches and writes, including for Leonardo. In the field of architecture, he works as an urban designer at Sputnik Architecture, the creators of Winnipeg’s annual Warming Huts event. He is currently co-editing a book on Winnipeg’s Warming Huts with Peter Hargraves and Sharon Wohl. Lawrence has a PhD in History & Theory of Architecture and a professional degree in architecture (both from McGill University) and a Master’s degree in City Design & Social Science (London). His research has been funded by SSHRC, FQRSC, the Canada Council for the Arts, Manitoba Arts Council, and Winnipeg Arts Council. 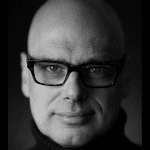 Hugh Conacher is a lighting and multi-media designer, and a photographer, whose practice is based in live performance. He has collaborated with choreographers, directors, visual artists, and dance and theatre companies throughout Canada and around the world, in venues large and small. He approaches each project as an individual work of art.

Hugh’s work, the foundation of which is 35 years as a lighting designer, straddles the worlds of lighting design, new media technologies, projection and photography, blurring the lines between disciplines, using whichever media form best serves the vision of his current project. He takes the static space of the stage and turns it into an immersive environment with light and projection created specifically for the project. From light and projection he develops form – form that living bodies interact with. He brings together the ephemeral medium of light, including projection, with living bodies and new technologies in a conversation, the collective result of which is more than its individual parts.

Hugh’s multi-disciplinary process has grown from many years of experience experimenting with light, and expanding those experiments to include new possibilities across artistic mediums, embracing the latest technology, culminating in the production of new work.
Hugh serves on the boards of several arts organizations and has been the curator for the High Octane Gallery at the Gas Station Arts Centre in Winnipeg since 2002. His photographic work resides in private collections and has been published worldwide. Hugh has been a member of the Associated Designers of Canada since 1982 and is a member of l’Association des professionnels des arts de la scène du Québec.