Merging Mindsets – The State of VR

As part of our Merging Mindsets panel series, Video Pool Media Arts Centre will be hosting this dynamic discussion on The State of VR.

VR, AR, XR? What’s the difference? How are artists and tech professionals using these technologies to creatively push film, video, animation, dance and performance in new directions? Join us to learn from four people deeply involved in experimenting with this new canvas. Get to know about resources and techniques. Ask questions and find out how to get started.

This event will be recorded. Walk ups are welcome! 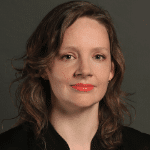 Freya Björg Olafson is an intermedia artist who works with video, audio, painting and performance. Her praxis engages with identity and the body, as informed by technology and the Internet. Olafson’s work has been presented and exhibited internationally at venues such as the Bauhaus Archiv (Berlin), SECCA – SouthEastern Center for Contemporary Art (North Carolina), Ochoymedio (Quito, Guayaquil and Manta in Ecuador), The National Arts Center / Canada Dance Festival (Ottawa), and Onassis Cultural Center (Athens, Greece). Her video work has screened in festivals and galleries internationally, and is distributed by Video Pool Media Arts Centre. Olafson has benefitted from residencies, most notably through EMPAC – Experimental Media & Performing Arts Center (New York), Oboro (Montreal), and Counterpulse (San Francisco). Olafson joined the Department of Dance at York University as an Assistant Professor with a specialty in screendance in July 2017. 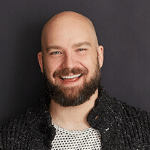 Lesley Klassen is the CEO and co-founder of Flipside XR, a real-time animation and XR broadcast company that is shaping the future of immersive live broadcast. We build the tools artists need today to make the content of tomorrow. While at Flipside, Lesley has directed over a dozen VR applications and experiences, presented at Oculus Connect about the best practices in VR design, and helped build out the vision behind the future of immersive broadcast. Today, he works with customers like SuperRTL, co-owned by Disney Television and Caffeine Studios,  a joint venture with 21st Century Fox. In a prior life, Lesley was an improviser, video director, interactive designer and a synth player. 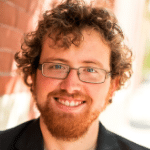 Corey King is an award-winning storyteller and producer, who has successfully worked across a range of mediums including Film, Publishing, Journalism, Gallery Art and Gaming. Together with his wife, Danielle King, he built ZenFri Inc., a startup that merges art, technology and business in a whole new way.

Clandestine: Anomaly, ZenFri’s largest Augmented Reality game was hailed at conferences around the world (such as Gamelab, StoryDrive and InsideAR) as “the most ambitious augmented reality game ever attempted”. His current Virtual Reality project focuses on topical issues surrounding automation, climate change, trans-humanism and class division. The Last Taxi is set in Progress Point, a politically and economically divided sprawling metropolis that has fully embraced automation and human modiﬁcation, creating a satirical and somberly surreal vision of the future.

Based in Winnipeg, Corey was the 2016 recipient of the Future Leaders of Manitoba Award and named one of CBC Manitoba’s Future 40. 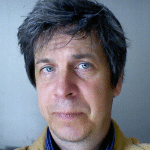 Willy Le Maitre’s artwork has been featured in public galleries across Canada and in New York at The New Museum, The Kitchen, Canada Gallery, CCS Bard College Galleries, Bitforms and the Baryshnikov Art Centre. It has garnered international acclaim including awards from Vida, Spain and the Telefilm prize at Images Festival in Toronto, Canada. His work with Eric Rosenzveig co-produced pioneering generative and networked artworks such as The Appearance Machine and the Fleabotic Hypermedia Nonet. During the past fifteen years he has developed a body of immersive image work that includes Stereo 3D videos and installations, live VRML performances, VR and 3D lenticular prints.